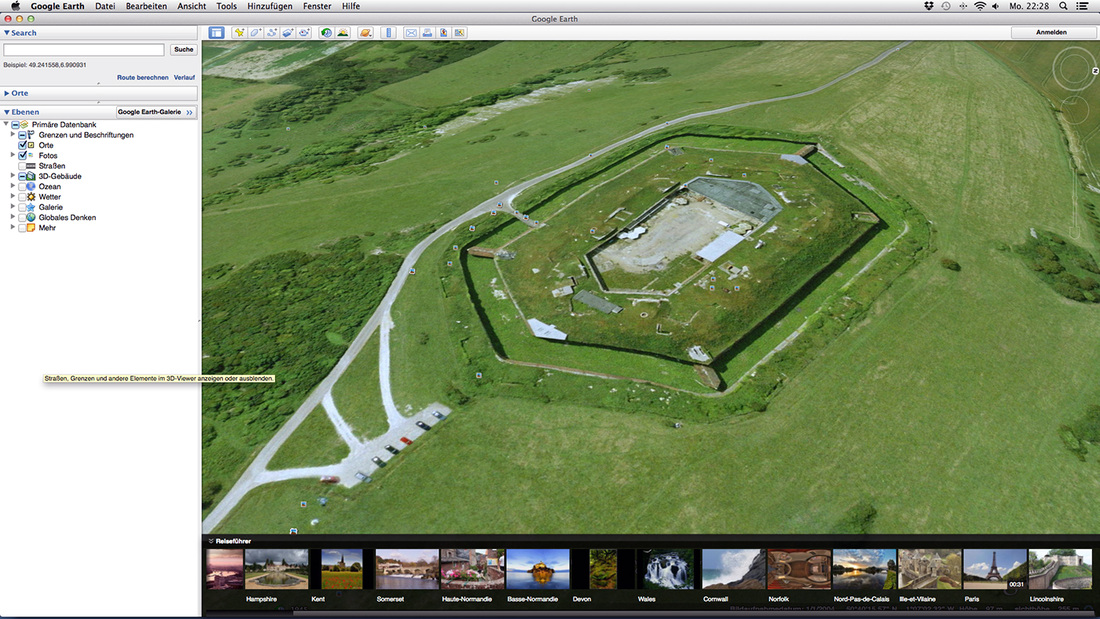 Bembridge Fort is a Victorian fort on Culver Cliff on the Isle of Wight. Prime Minister Palmerston built it for £50,000 under threat of invasion by Napoleon III, just one of an extensive series of constructions around Britain's coastline. They were quickly outdated and became known as Palmerston's Follies. Maya and I stumbled on it during a walk in 2014, though I must have known it as a boy. It is surrounded by a massive grass filled moat. Large pipes stick out of the inner walls at intervals through which water would have poured into it. Set back from the other cliff-top buildings, including a pub, it appears derelict, but some businesses rent parts of the interior. A sign on the drawbridge warns "Private Do Not Enter", although another sign suggests occasional tours run by volunteers. We entered to discover no sign of life.

Since then I have a secret plan to establish a sculpture park in the moat.
Interior decoration & murals website: PaulWoodsArtist.com
​All contents copyright Paul Woods & associated artists, 2020