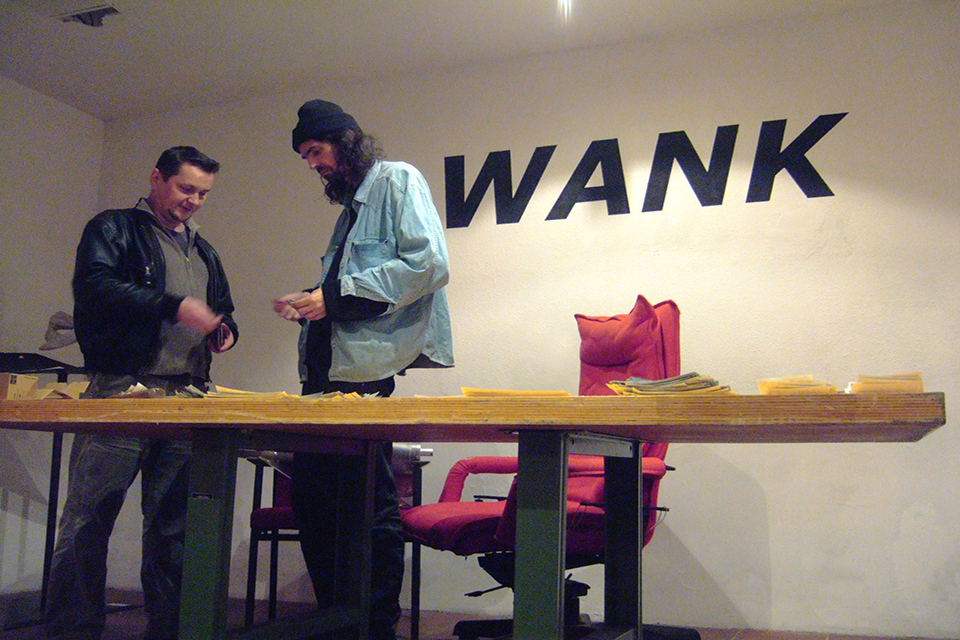 ​"One Million Minus Euros" was actually the name of this happening and exhibition (November 2008, Gallery Wallywoods, Berlin). But while decorating the bank's "office" I couldn't resist the word play, and my noble attempt to build "an alternative economy for artists" was handicapped with a stupid name from the start. Nor did I own a suit back then (I didn't own anything) so I made as believable a banker as, well, a wanker. Wanker was written on the back of my big red chair. Nowadays I would probably do it differently. But the principles were sound and the Wank Bank even functioned for a short while, to a small degree. But rather than follow up and make it work, I soon dropped it to move onto the next thing (hosting the 1st International Roaming Biennial of Tehran). But like most projects on this website, the Wank Bank could return some time to a gallery near you... 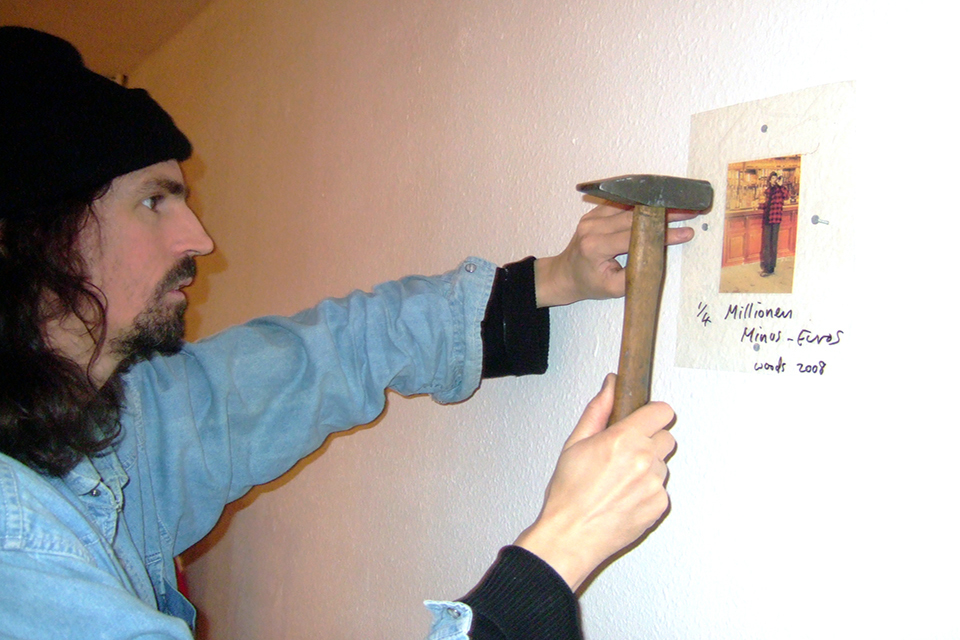 One thing I did own was my big box of photographs dating back to the early eighties. My whole life in pictures, or bits of it, which I've carried around habitually wherever I've lived. So for me at least, all these photographs had tangible value. Which is just what money has. The challenge was to get others to share the opinion that this alternative currency of old photographs could be of equal value. This works best when it's shown that things can be bought with it: to start with, let's say a beer at the bar. I instructed the guys who ran our bar not to accept money for anything (that was a task in itself), but to take only the photographs. These I had sorted into various piles on the Wank Bank desk, worth 1, 2, 5, 10, 50 Euros and so on, up to the value of half a million Euros, for which there was just one photo. Each denomination had a different marking, variations on little chairs, drawn with an indelible pen. Altogether the total value of all the photos stacked on the desk and nailed to the walls (for security reasons) was one million Euros. Or one million Minus Euros, as I had by now christened them Minus Euros. These you could buy from me, however few or many you liked, in the office for real or "plus" Euros. 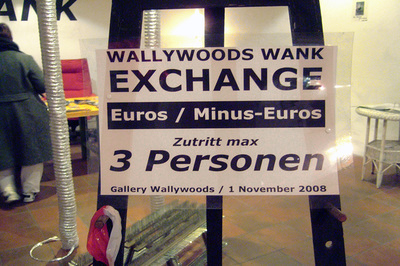 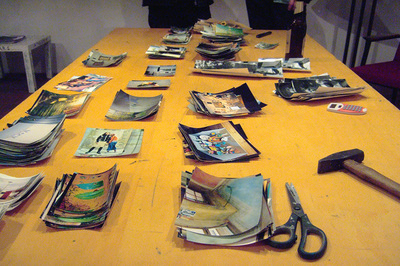 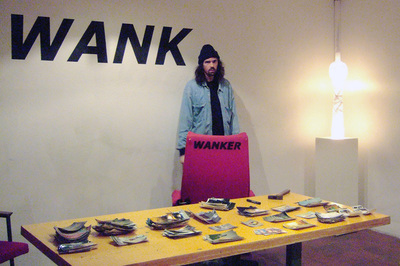 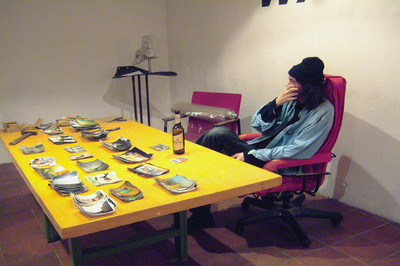 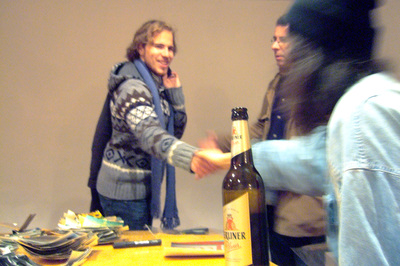 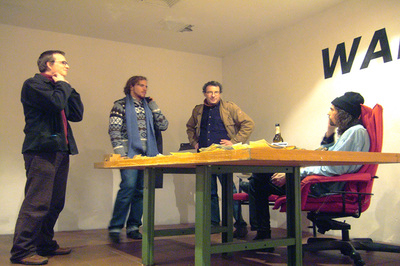 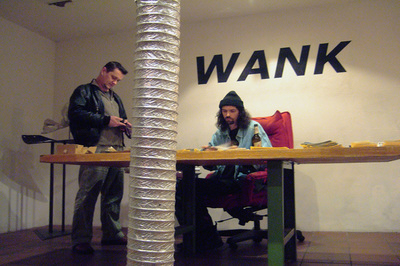 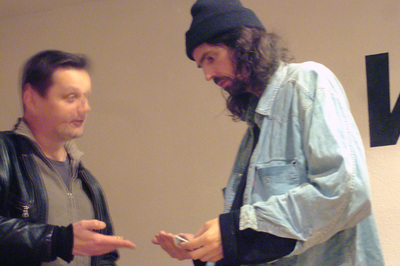 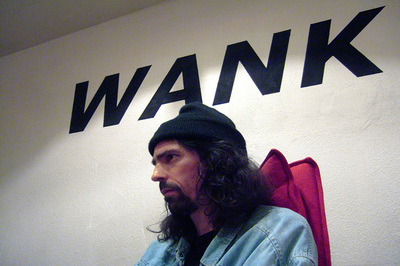 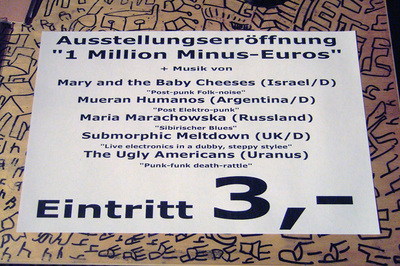 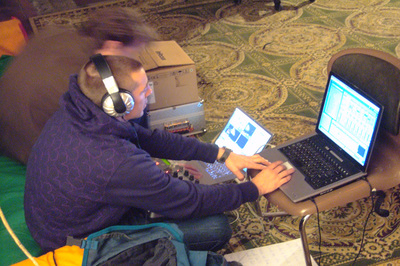 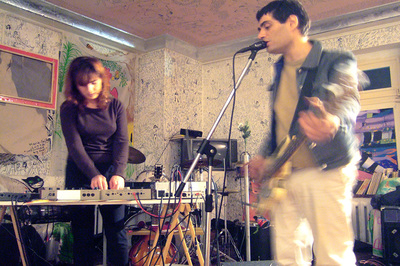 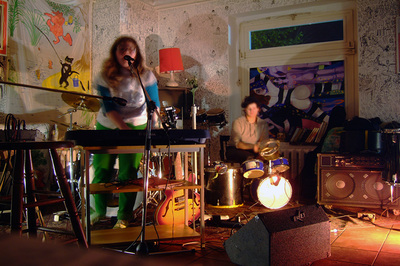 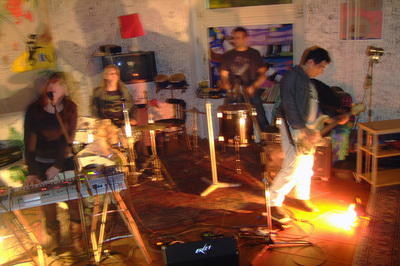 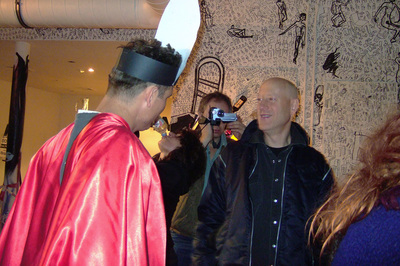 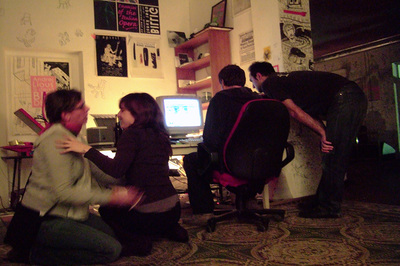 Blurb
"Top secret until now, Paradox Paul's greatest conceptual and aesthetic invention is a new economy quickly benefiting artists, other Berlin projects, and one day, the whole inflexible, art-eating, art-shitting world. Details, and the 1 million euros worth of New Minus Euros, now a reality, will be revealed in person only on the night. Thereafter, the alchemistic photo-sized art-currency will be the only one accepted or paid-out at the Weissensee gallery in regards to drinks, artworks, t-shirts, etc."