Who's Jack? could be a comic book or a novel, an exhibition or a party, a documentary or a mockumentary... Like Jack himself, it could be anything. If it were a parlour game, anecdotes, opinions and myths could be exchanged to celebrate one of the most intriguing people PP - then known as Wally - ever met. And Wally met a lot of intriguing people. First thought for a title was "Where's Jack?" since he vanished again, as he was prone to doing. He lived at Wallywoods at the Kulturhaus Weissensee for a couple of years as Wally's right-hand man. He seemed to have no interest in an external occupation, zero income or benefits, and no history previous to his disputed term at the Art Pub, which is where we all met him. Occasionally at literary events he would read his native German extremely well. Give him a text, no matter what it was or whether he understood a jot of it (hard to know how much of anything he understood) and he breathed life into it with a quiet, beautifully cultivated voice. He was a versatile musician, apparently self-taught, experimental, minutely focused. As was his sketching and production of endless quirkey novelties assembled from rubbish which was not actually rubbish; chocolate bar wrappers, tin-foil, matchsticks, cardboard, any bright pieces of plastic, beer bottle tops... 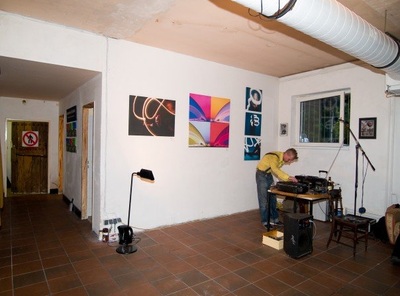 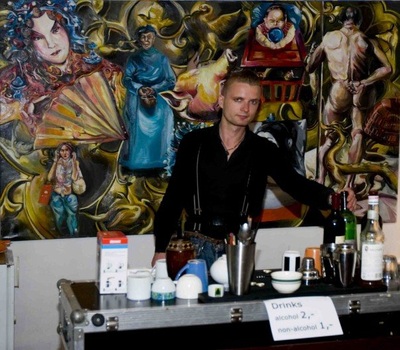 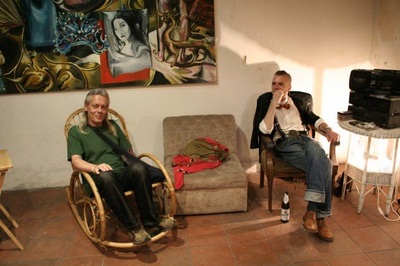 All the while he lived on gallery tit-bits, eating no more than a child or a monk. There was something of the Buddhist in him. He smoking buts left in ashtrays, collectied materials to recycle or just neatly stow away in his strange little room. He pinched small change and odd items, usually those which would hardly be missed, from Wally, from visitors. And a few times serious valuables, though nothing was proved, causing not only Wally great anguish. Towards the end, appreciated as he was, (some adored him, others hated him) Wally insisted he finally leave, which he quietly did, but only after a great battle of wills, to drop off the planet, never seen again in those circles. Glimpses in Mauer Park or Kreuzberg filtered back, while rumours and opinions keep his ghost alive. He had never talked about himself or his circumstances in any regard. We heard he wasn't even gay. Jack wasn't his real name, as we all suspected but gave up enquiring about. Only Thomas Heger discovered it, during Jack's weirdest period at the Art Pub, a place of intense experiences for all of us. After Wally moved on It went to Jack's head, he began to behave as if it were his own territory. Increasingly threatening towards Thomas (never openly) it was a very tricky thing to get him out. Very warily, Wally took him on at the new project space. In the extensive and eery Kulturhaus rooms, he was grateful for the companionship as much as the day and night assistance. Jack always accommodated and never complained. 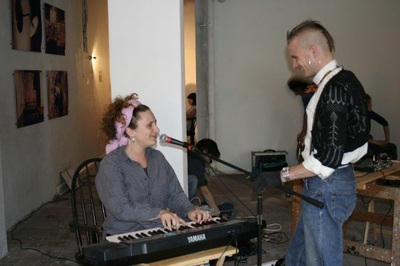 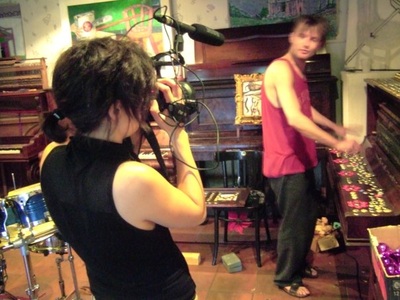 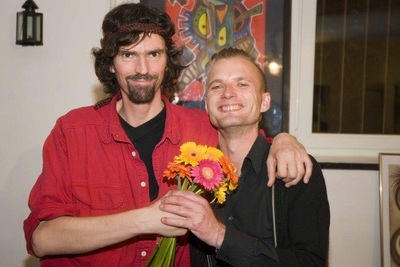 Sound man, barman, repair man, jam session regular, key holder, host in Wally's absence, ever-ready shopper and runner (check the change carefully), he became Wally and Ceciles' willing and dignified butler for most of the three years at Weissensee. And a fine butler he was. Always polite - unless he took a particulat dislike to someone (someone of the streets, probably, like himself) which was rare, except for minor perversions. And one or two major ones. Those bigger disasters resulted from a dangerous tendency to abuse responsibility when left too long in charge. Looking back, he seemed on some level grateful for the removal of all responsibility, outside a moment to moment aesthetic, unplanned for  existence. As if he didn't even trust himself. Wally's dilemma was not whether to trust him, but how far to trust him, a game he learned to play well, essential as Jack was to Wallywoods in those amazing and difficult years, cut off from much of the real world. Wally's charming, ageless, sexless associate, the one with no home, no past, only one friend of his own (that we ever met, and then just the once or twice), could have been anybody. Capable of anything, great or awful. Where he is now is not really the question. (It would be good to see him.) Expert urban survivor, he certainly found himself new nests, one after the other, lining them with decorative essentials like a strange bird. New mentors and supporters would sooner or later ask themselves, as we still do, "Who the hell is Jack?"
​
Interior decoration & murals website: PaulWoodsArtist.com
​All contents copyright Paul Woods & associated artists, 2020