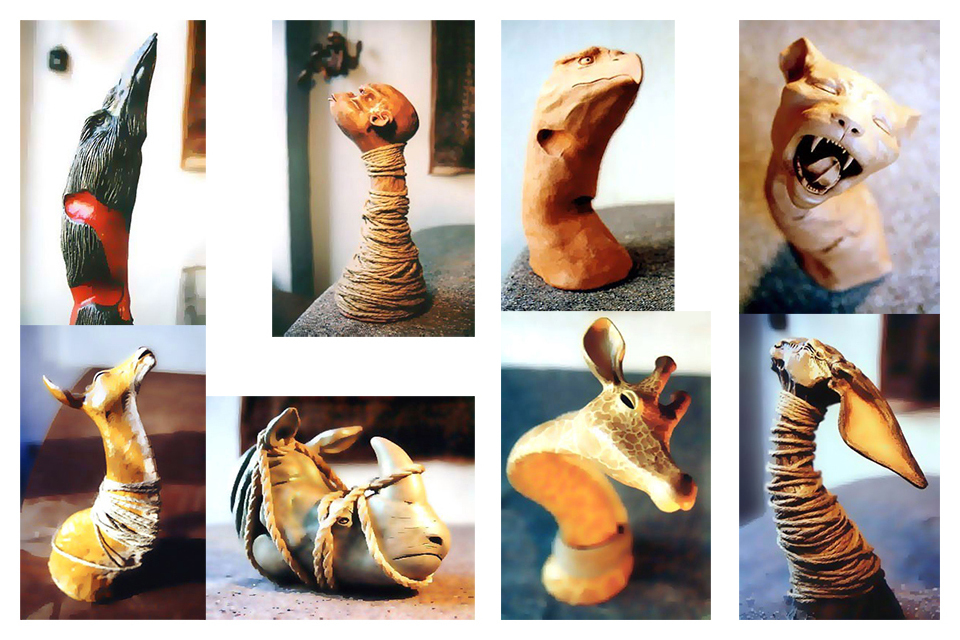 ​Animal Pain (German: Tierschmerz) was a series of 12 ceramic sculptures. Up to 60cm high they became my first exhibition to be displayed at a gallery (Husemannstrasse Gallery, Mitte, Berlin). After firing, some were painted and some were wrapped with string or rope. I was much occupied with animal rights back then. For the project I visited libraries to research the natural world as well as animal abuse, and witnessed such abuse, as I considered it, in the form of the extensive stuffed animals collections on my frequent visits to Berlin's Natural History Museum, just around the corner from where I lived. 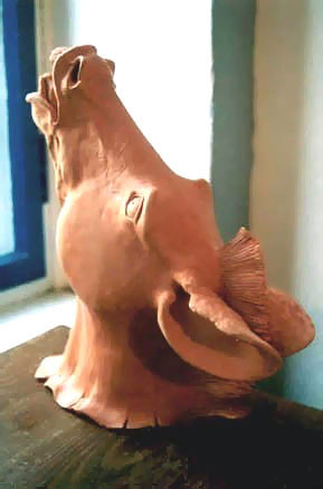 The pictures are from my old website (there are photos somewhere which I would like to scan again). I gave all the figures away to friends after failing to sell them at art fairs (not surprising) and they became scattered around Europe, one travelling as far as Australia.

Back in London a little before this I became a vegetarian and would be one for ten years. Eventually, though, I needed to make the tough decision to take up eating meat again, as my health was suffering badly. The reversion was an emotional shock, possible only by blocking out the images I had collected in my mind, and the guilt. My concerns for animal welfare have taken a back seat since then, and as an artist I began to address equally pressing human issues. But anger rises again at times, while little for the animal kingdom improves. On the contrary, animal abuse on a colossal scale, ignored by very nearly everyone, triumphs every day.

"Industrial farming is one of the worst crimes in history​."
The Guardian, 25 September 2015

“Such incidences of severe pain, distress and suffering are wholly unacceptable and completely avoidable.”
Major Breaches of Animal Welfare Laws in UK / 2016 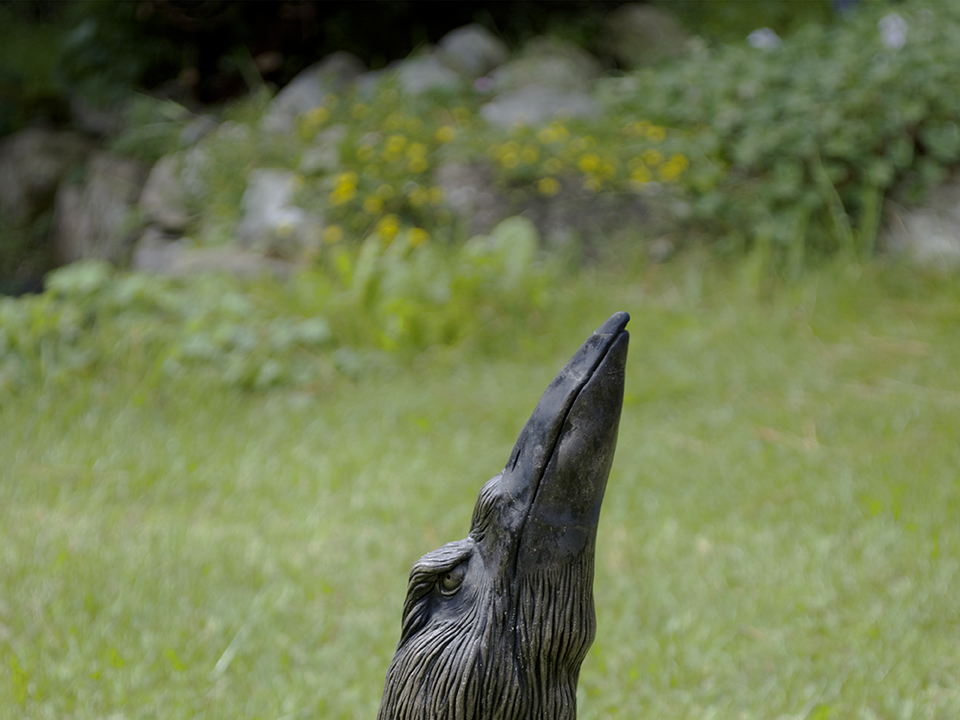 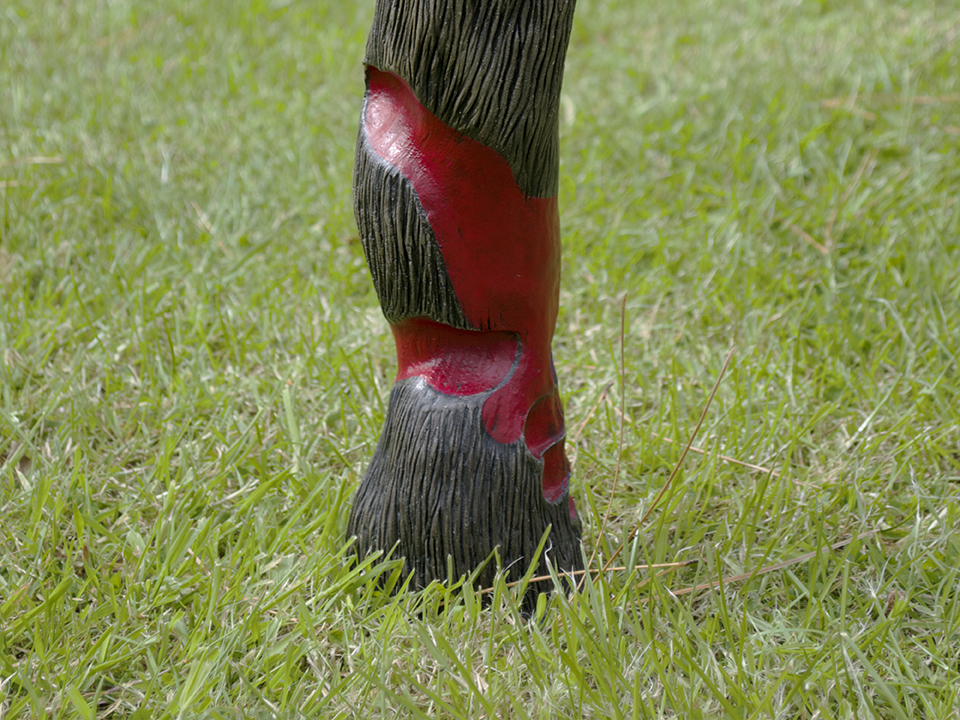 The Raven, which still lives in my father's study on the Isle of Wight. The clay of the throat was squeezed between my hands while it was still wet.